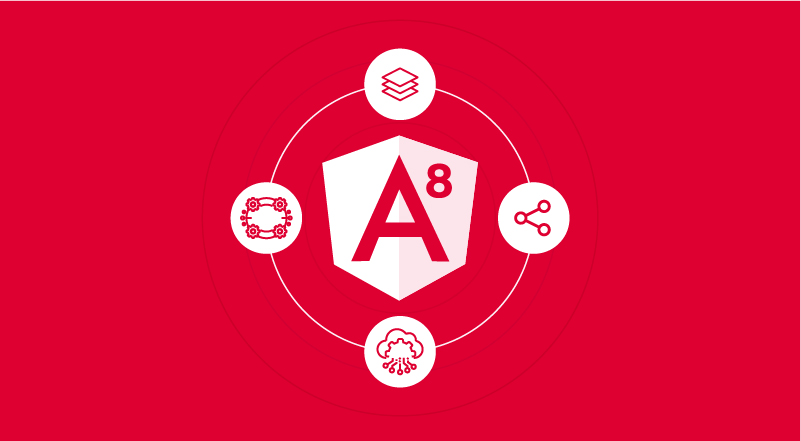 Angular is one of the most popular open-source web app frameworks used by developers globally. When Google released Angular in 2016, developers immediately started to migrate the framework. Today, there is a large community that leverages Angular.

The rapidly growing community looks forward to the Angular team for regular updates, and Angular 8.0 is the upcoming upgrade with a new renderer – Ivy. Through this blog, learn what’s unique about Ivy and Angular 8.0 and what you can expect from it.

The Ivy brings new-age advancement to the process that translates Angular templates into browser renders. Ivy reduces the size of bundles needing developers to pay for the code that they use. On top of it, Ivy will also enhance the performance for apps to load quickly, even on slow connections.

Nowadays, the user expects their application’s bundle size to be smaller, faster, and more straightforward. Angular Ivy – The next-gen compilation and rendering pipeline reduces the bundle size, loads faster in slower networks, and is user-friendly. Ivy is available in Angular version 8.0 and see the below to understand how it can simplify developers’ task.

What You Can Achieve Through Ivy and How It’s Designed?

Ivy is a very important steppingstone in Angular history. It changes how the framework internally works without changing how we write Angular applications. It’s designed keeping two critical concepts in mind, that’s tree shaking and the locality.

Tree shaking is a term used to remove unused code during the bundling process. This can be done by using tools like Rollup and Uglify. During the build process, tree shaking tools use static analysis and eliminates the unused and unreferenced code. However, tree shaking tools has its limitation, where the conditional code exists for static analysis depending on the references. For example, an unused code path within the “IF” statement cannot be identified by the static analyzer, and that code still resides in bundle even if it’s not used during runtime. Due to the limitations mentioned above, the current rendering pipeline is modified to optimize the bundle size.

Today’s angular compiler takes angular templates, parses and would generate optimized JavaScript code that represents data structure of template. At runtime, this template data structure is interpreted by angular interpreter and generates DOM. During the process, Angular compiler to pass through conditional code paths, which may or may not be used during runtime. Tree shaking tools only recognizes reference code and bundles all the code.

The new angular pipeline skips template data structures and angular interpreter. Angular template pass through new compiler and generates template instructions, which does not need runtime interpreter to process at runtime. These instructions are JavaScript code that would directly create DOM.

You can further optimize your bundles by code splitting. Code Splitting is a process to split your code into smaller chunks and lazy load by using angular routes. When you split your code in different routes, it will be easy for angular to load those features, which were used in the route.

With this process you can ship a precompiled code as a 3rd party library. Additionally, it doesn’t require any metadata for compilation.

Google is still in its process of verification. Once it is done, Google will make Ivy a default renderer.

Google is planning on having Ivy as an opt-in preview as part of the version 8.0 release.

How to Get Started?

To start a new project with Ivy, use the –enable-ivy flag with the ng new command:

To update an existing project, follow the instructions in the URL –https://next.angular.io/guide/ivy

Looking to Upgrade from Angular 7 to 8?

Updating from theAngular 7to 8 can be an easy task for those who have started using HttpClient and have upgraded it to RxJS6.

Below are the few things which you can consider while you are updating:

If you’re looking for an opinion on whether to upgrade to Angular 8.0, then our answer is Yes. Through the new Angular 8.0, you can enjoy applications of Ivy along with performance gains and differential loading. Moreover, the update allows your existing applications to work smoothly without any alterations.