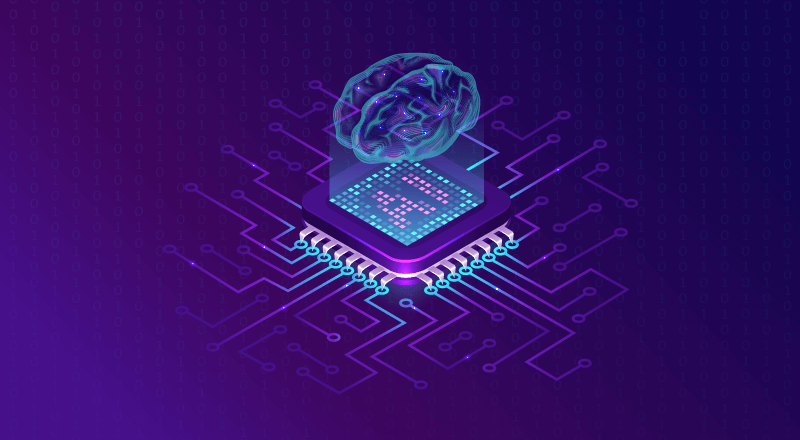 Software testing is a time-consuming, challenging, and tedious process. In order to improve quality and speed up delivery, automation tools have been developed to assist with some testing process operations. Over time with the introduction of continuous integration and continuous delivery (CI/CD) pipeline, automation tools are becoming less effective. The testing industry is looking to Artificial Intelligence (AI) to fill the gap because AI can verify the code for flaws and errors without the need for human interaction and far more quickly than humans can. Artificial Intelligence in software testing aims to make testing better and more effective. This blog will focus on the AI-driven testing approaches and advantages of implementing Artificial Intelligence in software testing.

AI-based testing is a software testing technique in which AI and Machine Learning (ML) algorithms are used to effectively test a software product.AI-based testing seeks to improve the efficiency and intelligence of the testing process. Logical reasoning and problem-solving methods can be used to improve the overall testing process with the addition of AI and ML in testing. Moreover, AI testing tools are used to execute the tests, which use data and algorithms to design and perform the tests without any human intervention.

Why do we need Artificial Intelligence in Software Testing?

The most recent technology being used in all fields and sectors is artificial intelligence (AI). Similarly, AI is being used in software testing to simplify the testing process and produce higher-quality results. AI can learn different user flows and create test cases based on real user data, increasing test coverage, and making testing much more effective.

Intelligent technologies such as machine learning (ML) and natural language processing have evolved to the point where they can enable scripts to learn and adapt. Self-healing test automation tools apply AI and ML algorithms to dynamically adapt testing to changes in an application’s user interface (UI) or environments.

In declarative testing, the focus is on what to accomplish with this test rather than how the process will actually work. Identifying the intent of testing rather than determining how the actual testing process is important. The aim of this testing is to eliminate tedious, error-prone, repetitive tasks through automation thereby increasing productivity.

When performing visual testing on applications, AI’s pattern recognition and image recognition capabilities work together to assist find visual defects. Many ML-based visual validation tools can identify minor UI defects that are likely to go undetected by human eyes. Regardless of their size or shape, AI can recognize dynamic UI controls and analyse them at the pixel level.

Manual testing takes time to complete. And each time a piece of code is altered, new tests must be run, which takes a lot of time and work from the testers. The test procedures can be automated using AI. AI-driven tests do repetitive tasks correctly, quickly, and effectively.

In the manual testing method, the chances of human-prone errors are high, particularly when doing repetitive tasks. Automation testing helps in removing these human-prone errors. However, with the introduction of AI in automation testing, repetitive tasks are managed more effectively, and the results are recorded more accurately. As a result, AI helps to reduce insignificant risks of error improves the overall accuracy of tests.

AI can seamlessly verify the contents of files, data tables, memory, and internal program states, it increases the test coverage. It aids in determining whether the program performs as planned and provides effective test coverage.

AI in testing helps in early and quick bug detection, which eliminates defects and makes the product reliable and bug-free for end users.

Continuous testing is supported by AI-driven tests, which leads to faster product delivery and earlier market entry for organizations.

AI powered testing tools can mimic human behaviour and allow testers to move from the traditional manual mode of testing towards an automated and precised continuous testing process. Some of the AI tools for testing are

Today, as technology develops, an increasing number of companies are implementing agile and DevOps strategies. However, as these approaches are adopted, there is a growing demand for reliable tools that allow continuous testing and continuous release. This is where AI-based test automation tools come into the picture.

With the introduction of AI in software testing, businesses can be able to achieve faster tests and reliable products.

In addition to supporting DevOps methods, AI-driven test automation technologies also add decision-making capabilities that are similar to those of humans, which speeds up the release of high-quality software.